All pictures are under the copyright of Steffen Rosmus and may not be used
for commercial purposes without permission.

Construction of the layout started in 1990 and after 18 years I switch to Sn3.
In February 2008 the layout will be removed from the basement and will have
a new home in Chicago/Ill from March on. Progress photos of the new layout
will be posted here every 2 month. 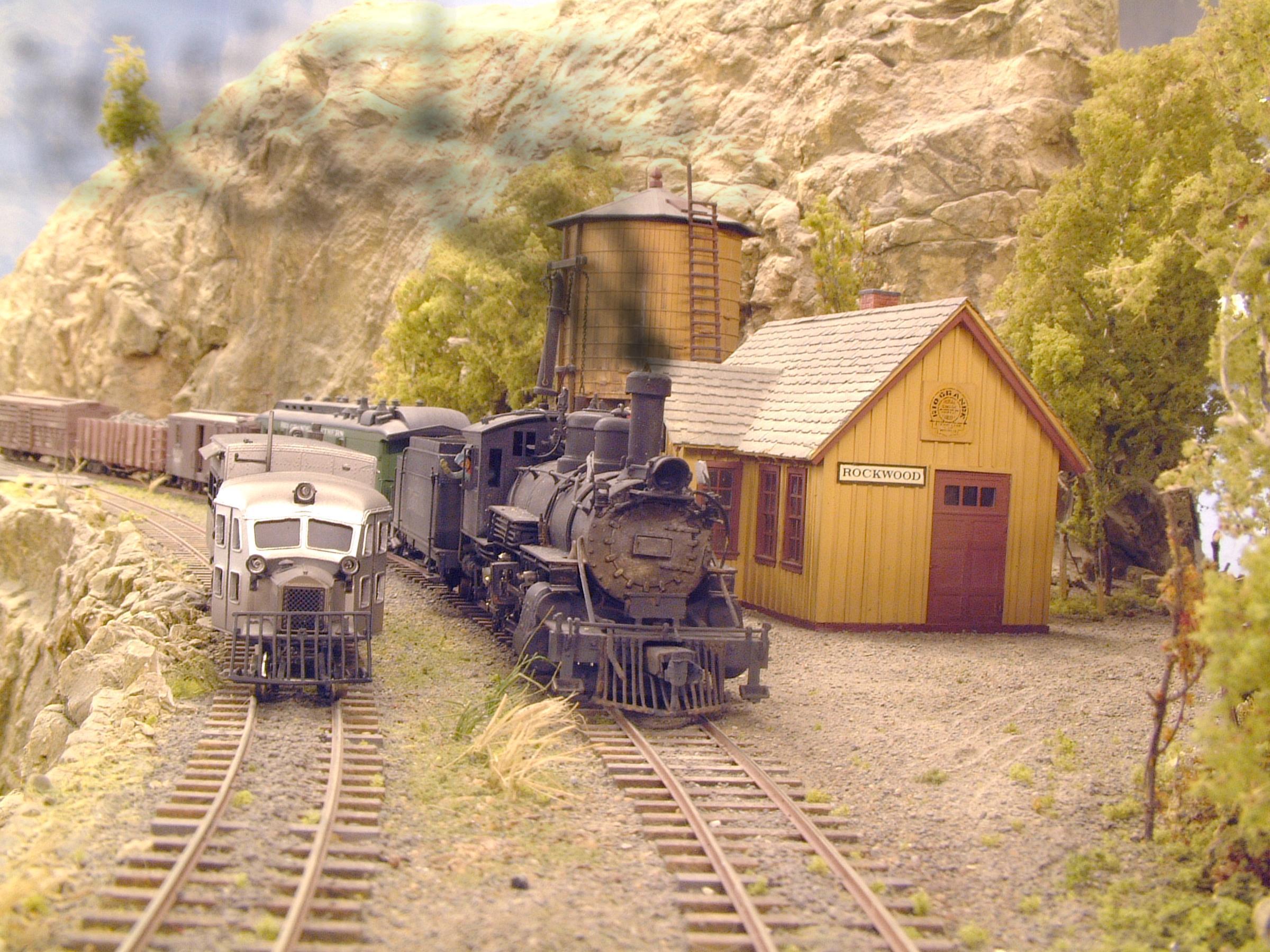 RGS # 20 with business cars "Edna" and "Rico" at Rockwood (1)
The town of Rockwood is some 2 miles up the canyon you could see behind the
green Ford truck. 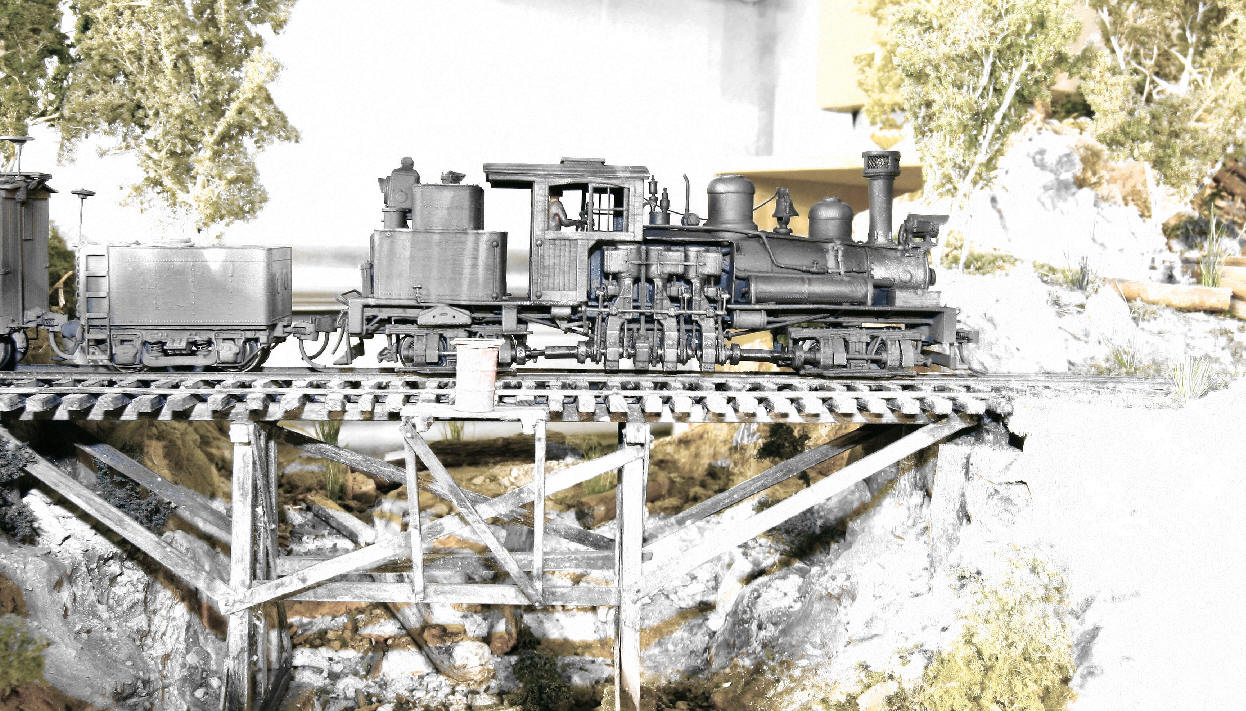 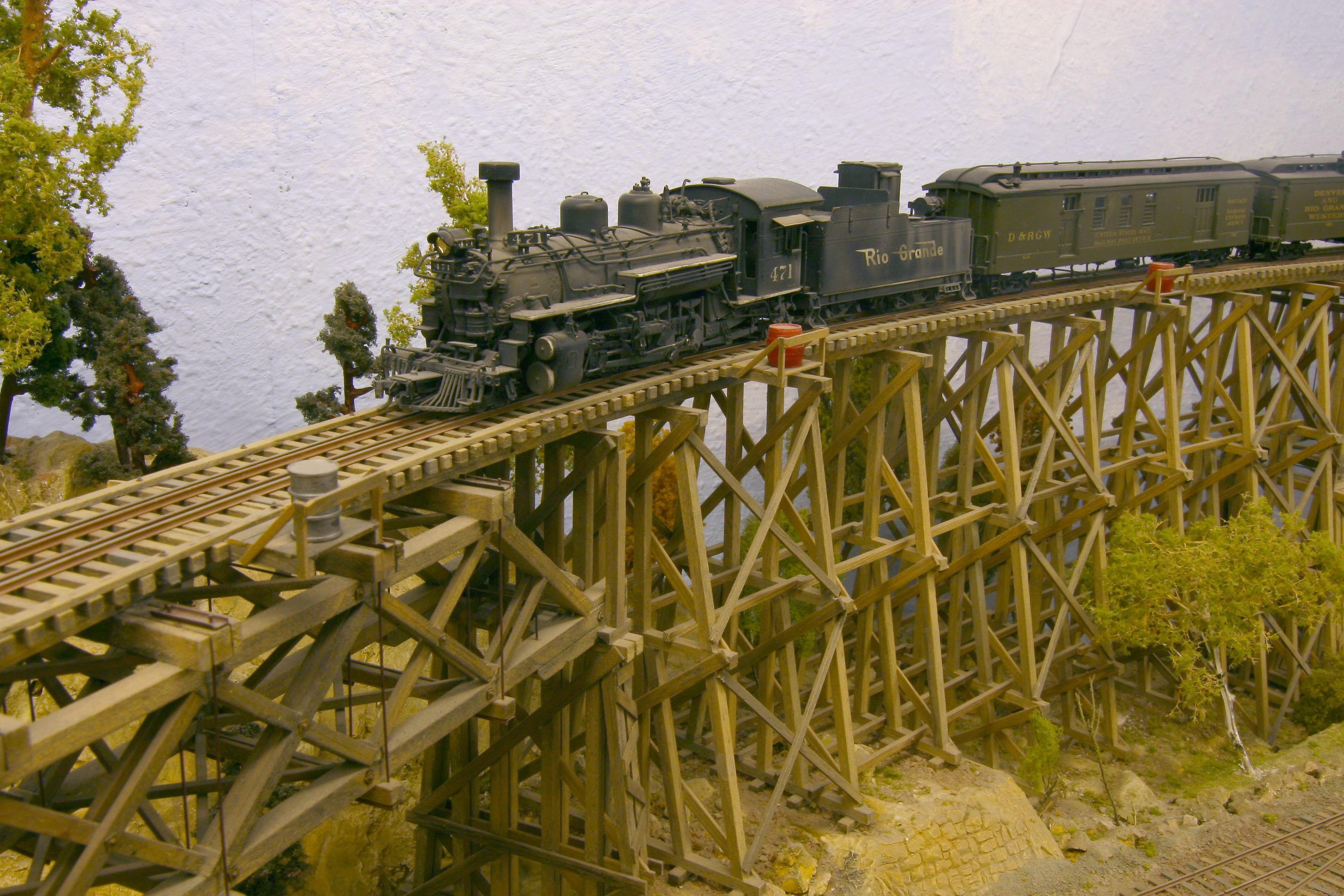 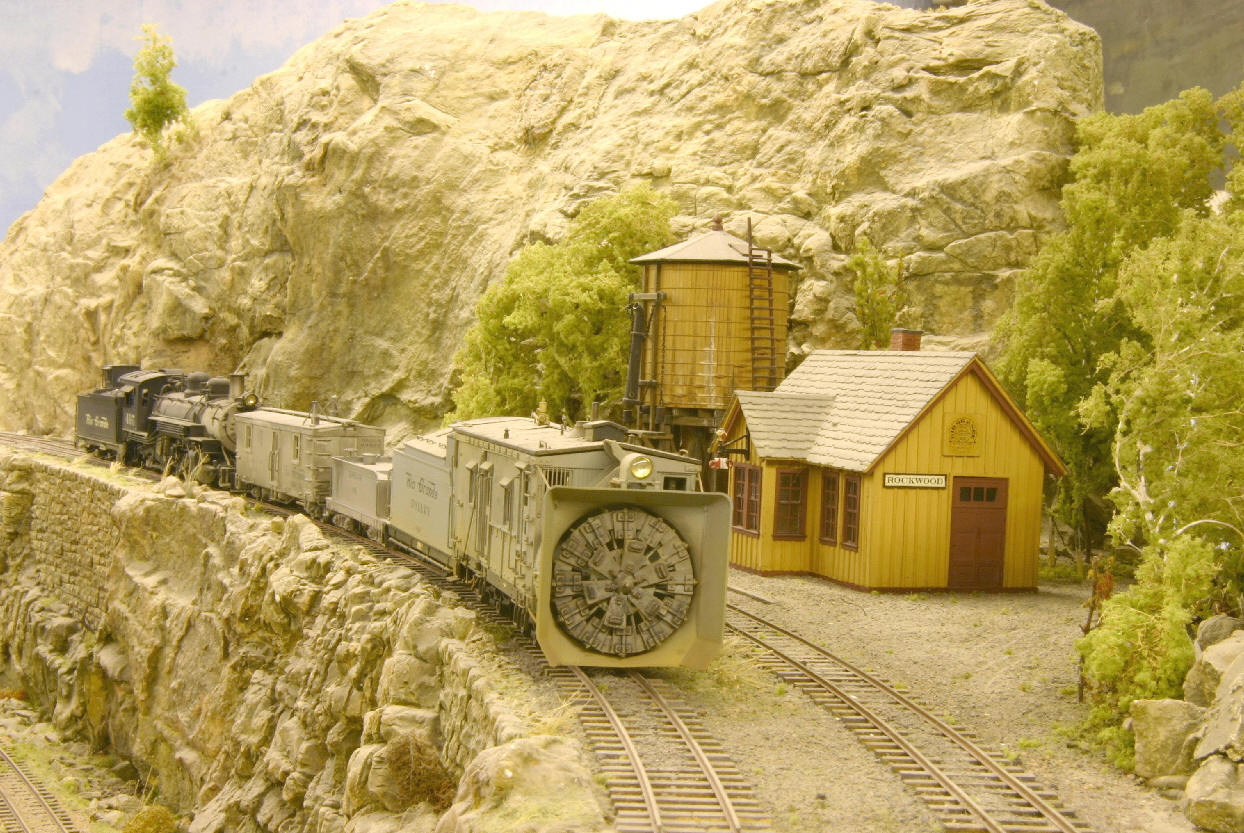 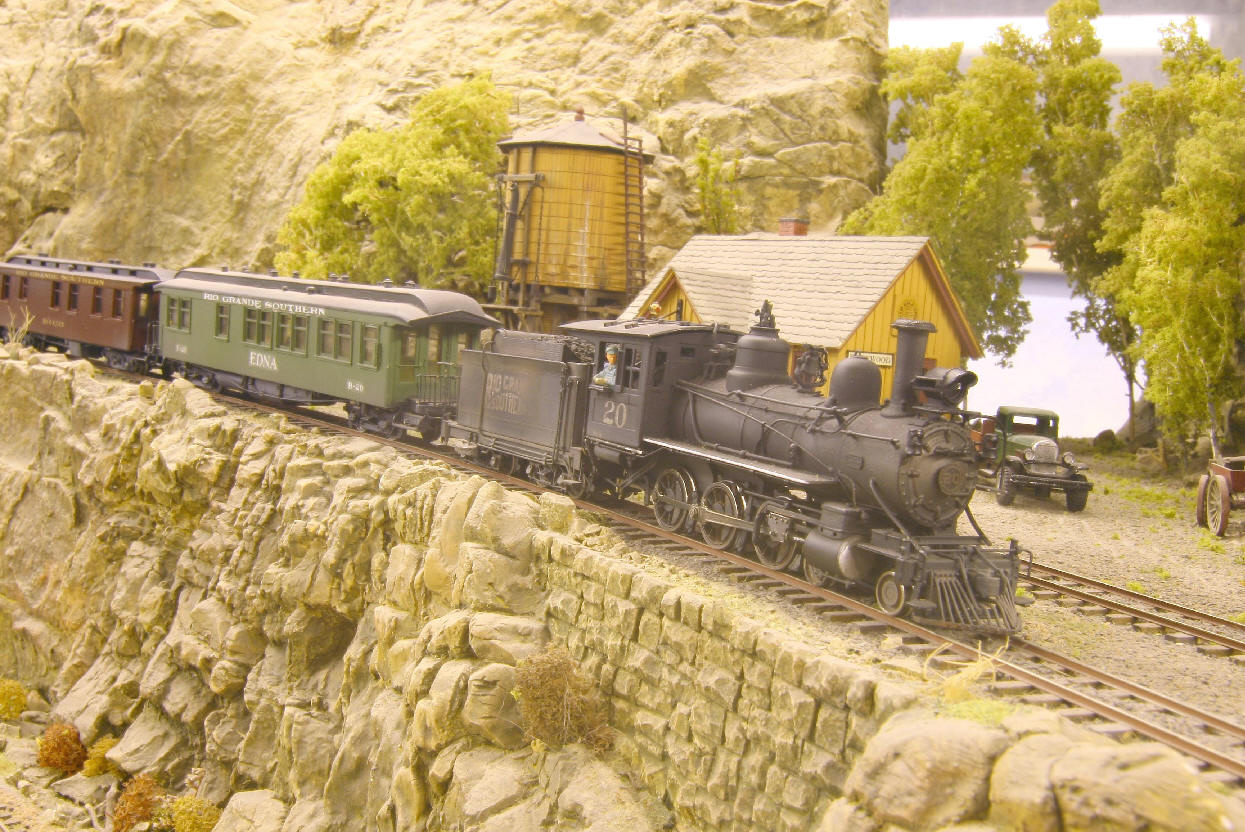 D&RGW #268 is switchin at Sapinero 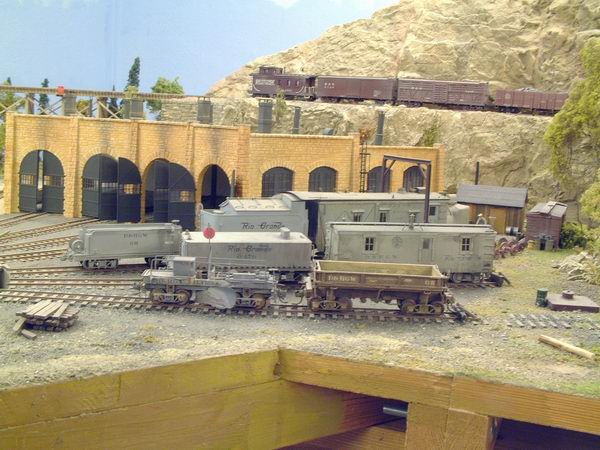 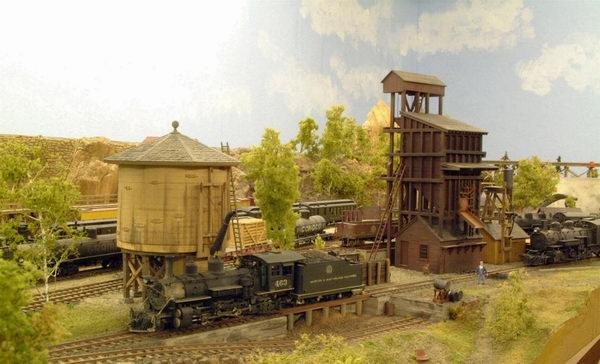 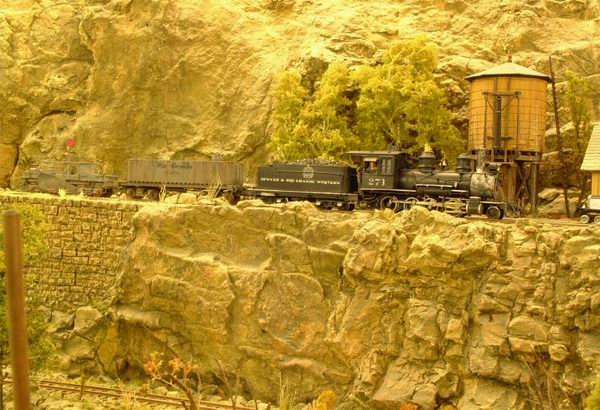 Due to odd appearance of the early WSM Model of the slide valve K 27, this engine
was scratch built using MDC 2-8-0 outside frame chassis and tender, scratch built
frame extension, boiler and cab and is equipped with a 1724 Faulhaber motor with
large flywheel. 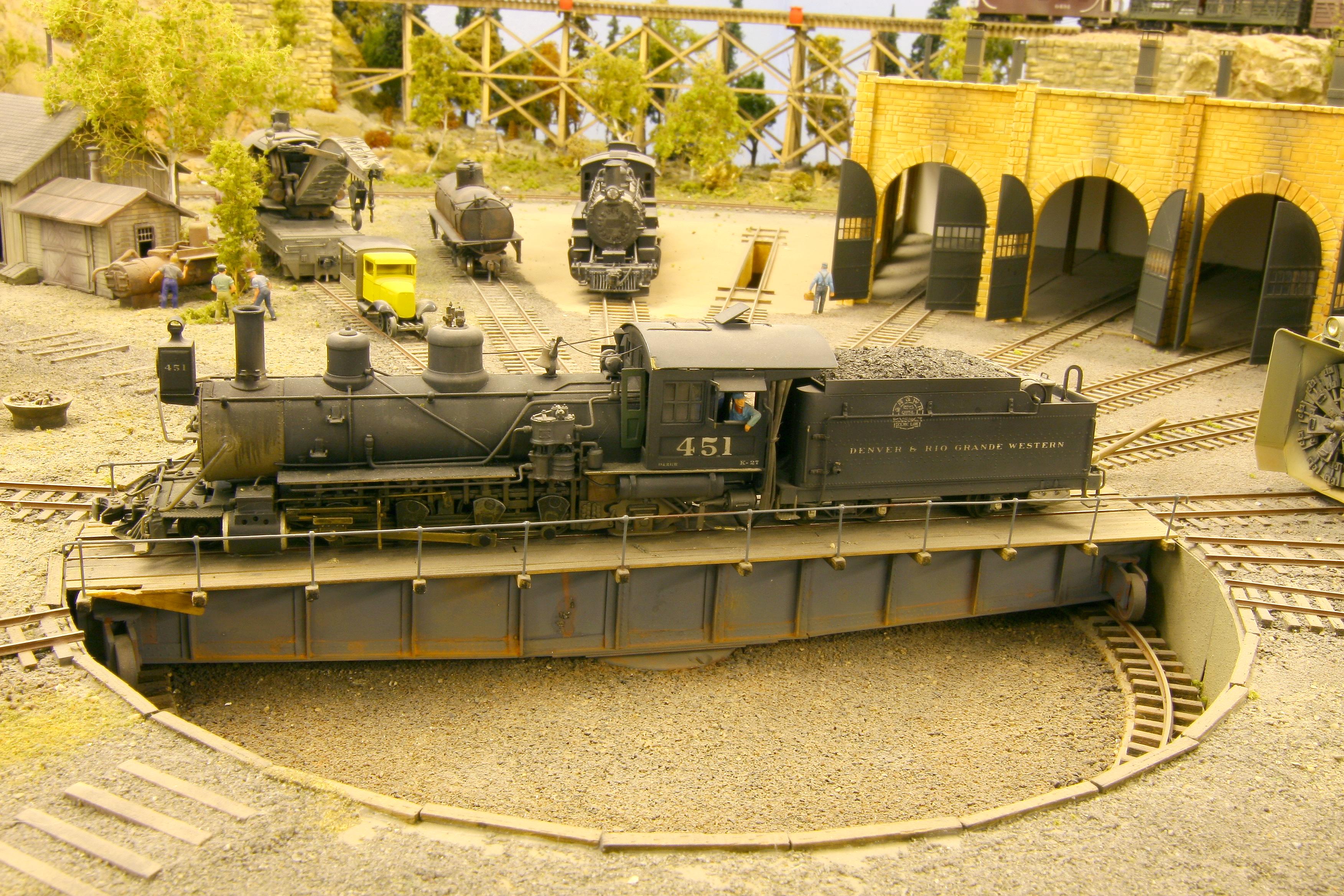 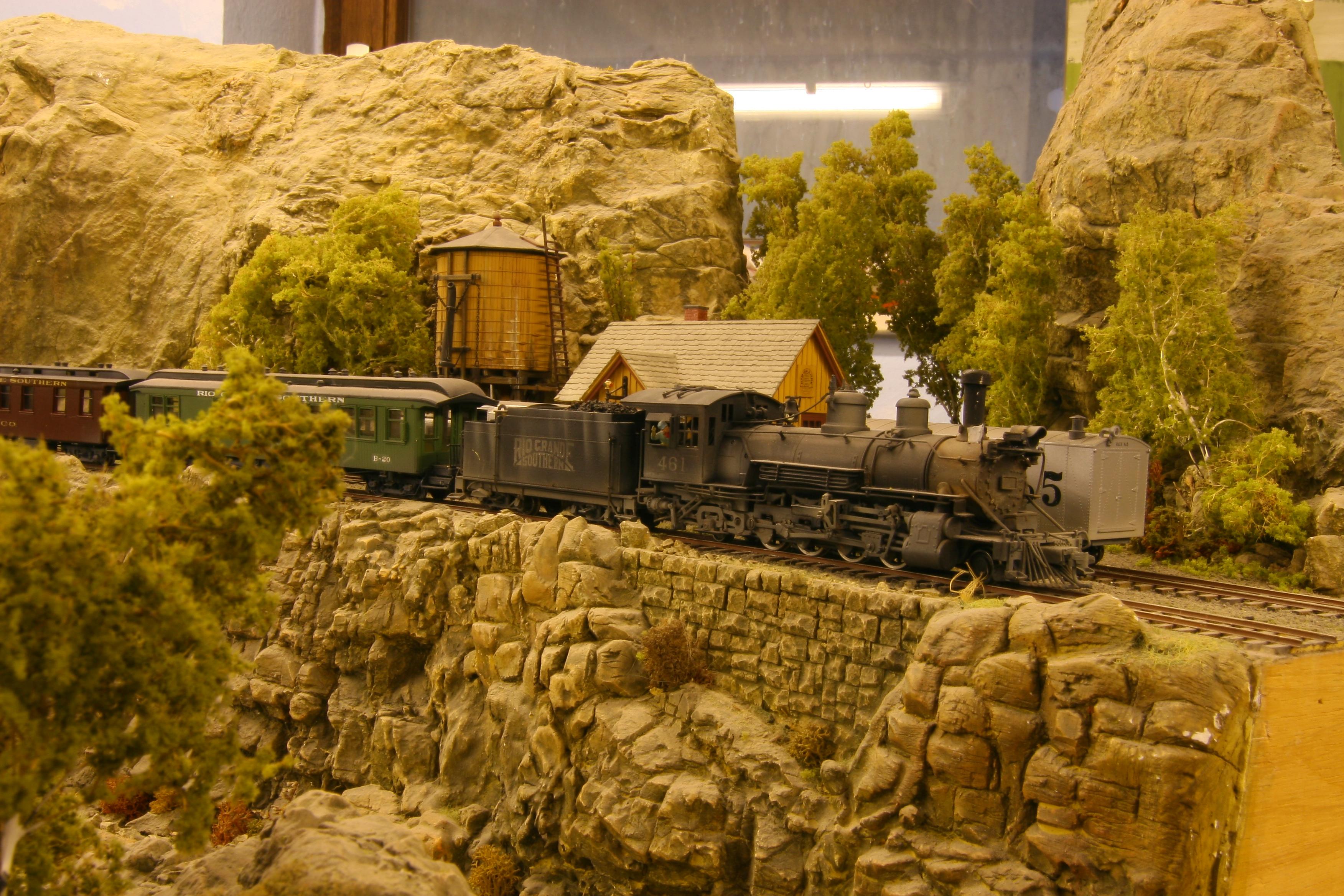 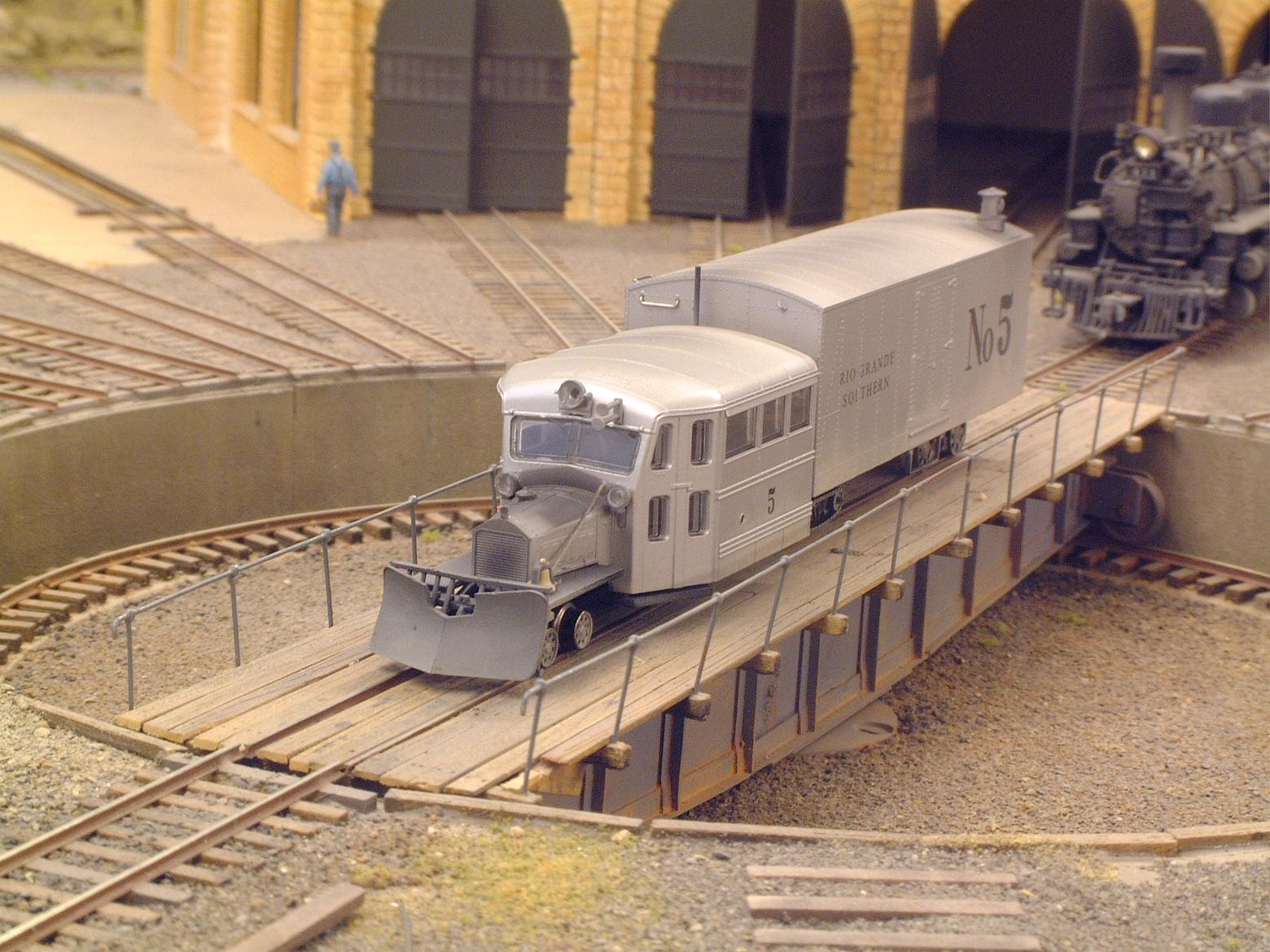 D&RGW # 268 with a string of empties to serve the Monarch mine which is visible in
the background (2). The # 268 is WSM model, not that super detailed but compared
with the new PSC-Model it has the right tender proportions and performs superb after
re-motoring . This was one of my first brass engines which I bought second hand
back in 1987.
Thanks Malcom Furlow for setting the bug to bite me) 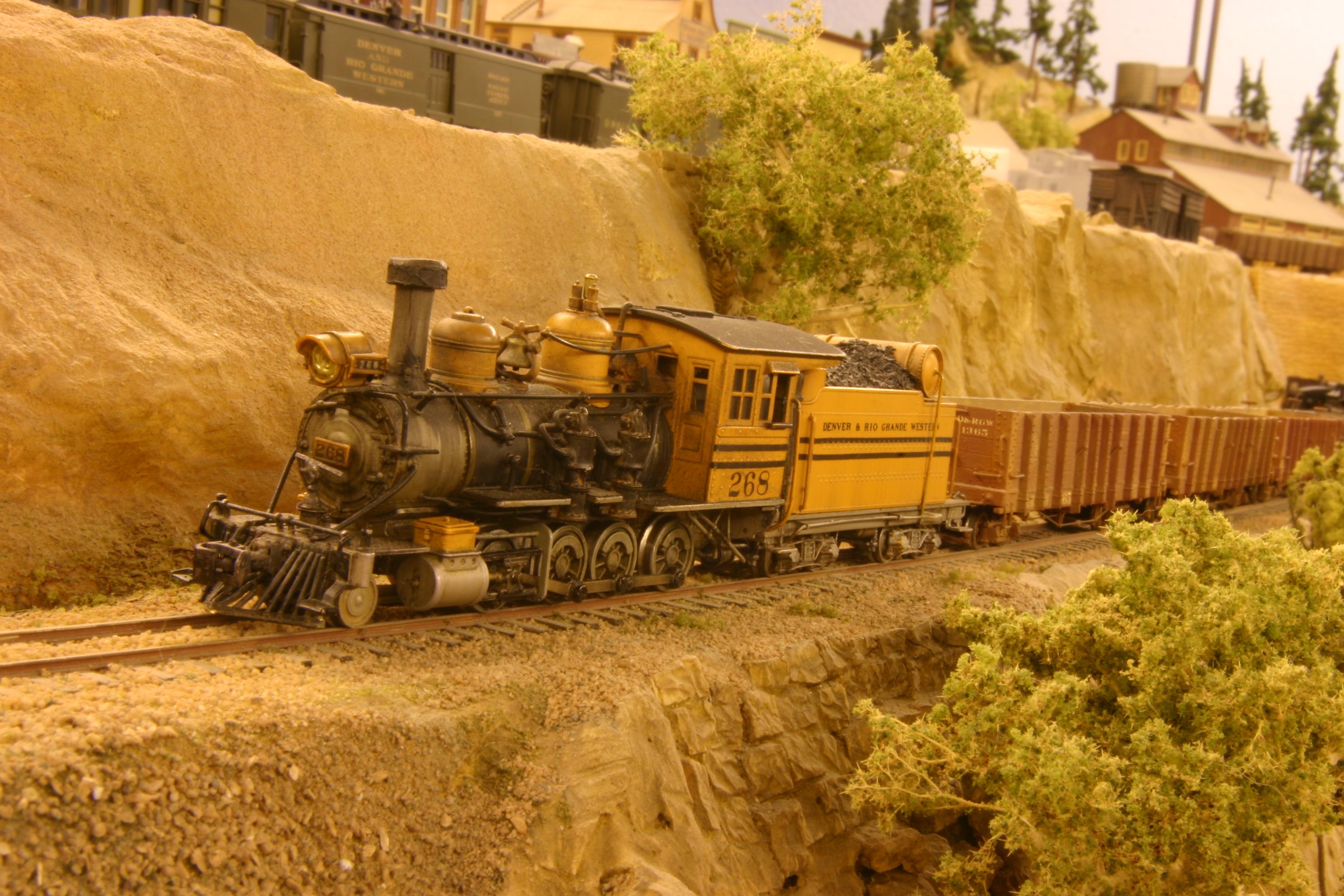 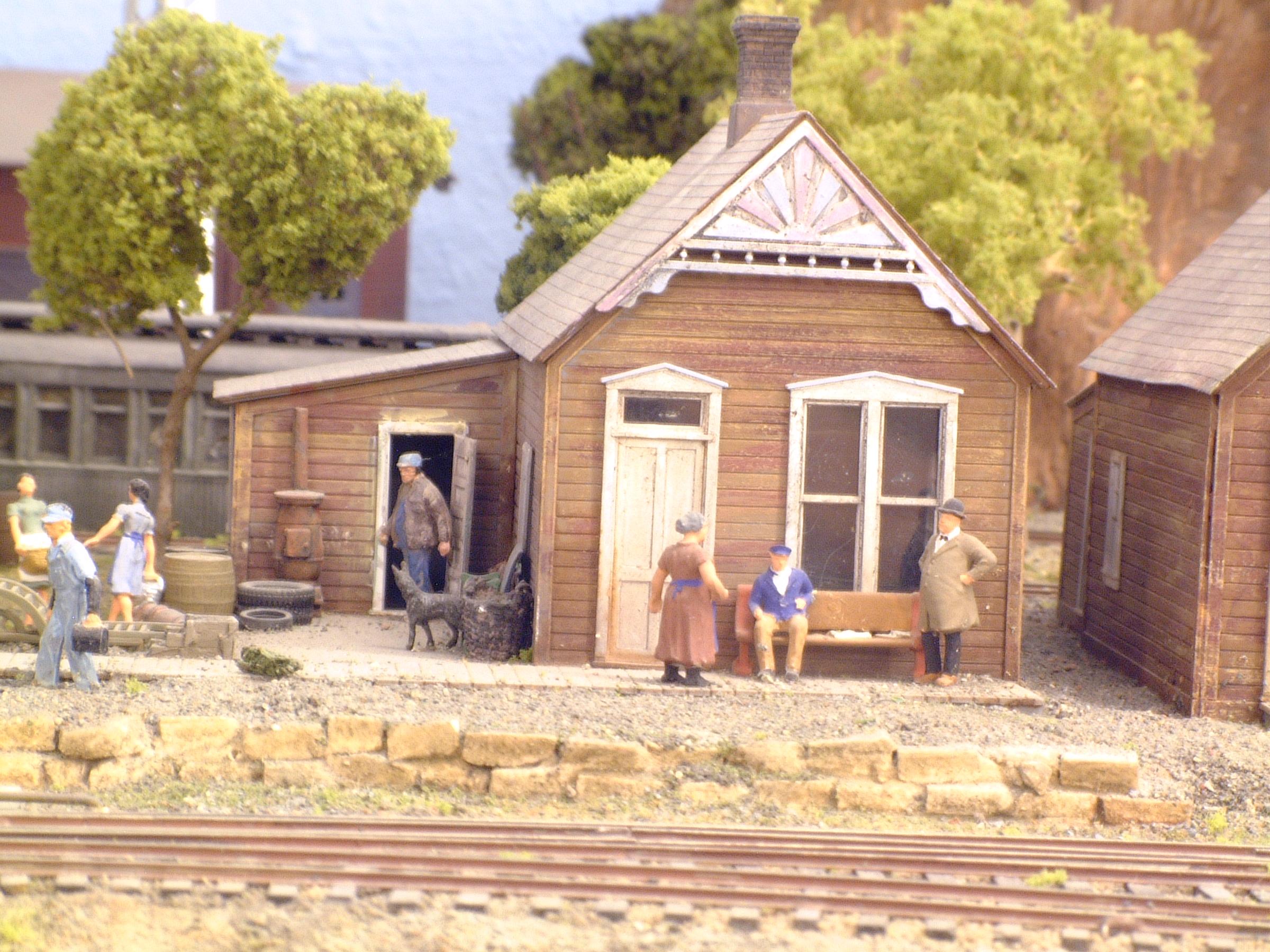 Pictures were made with

A tripod was used on all pictures, and no supplemental lighting was used.
Some pictures were digitally enhanced by the use of Ulead I Photoplus and Corel Photo Paint.

Thanks for inspiration to/ Danke für die Inspiration an: